The blog was meant to become a bi-weekly thing until Cinders‘ release, but this could be interesting for many, so there you go.

Today, we’re getting our first payment from BMT Micro. I thought I could share some stats and few quick observations. 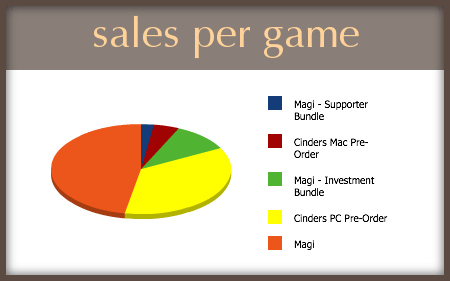 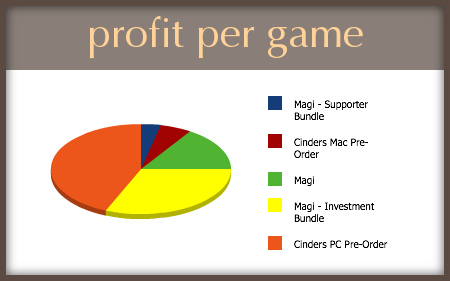 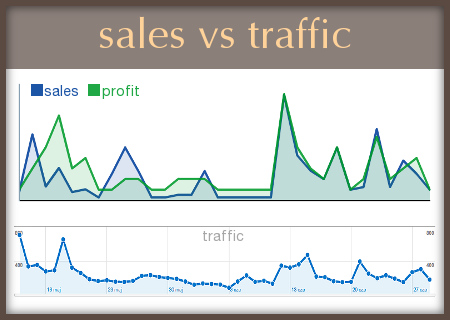 I’m not comfortable with disclosing our exact numbers just yet, but in general — if this was to continue — I could already make a modest living out of it. Gracjana — Cinders artist — not yet. She gets half of Cinders profits, but its Magi sales that contributed a lot this month. Shows the value of having an existing games for passive income. Of course, this is just for pre-orders. Actual sales should be much higher, especially with the affiliate deals we’ve secured.

I think we should start making some reasonable money, to let us make games, pay bills and eat food at the same time without taking an extra job, after our next release. Though, everything seems to point out that our next project is also going to be the hardest. With Cinders, we had some savings from our former job to kickstart us. But our next title will have to rely on whatever we’re able to get with Cinders. Which may be just a bit too little. We’ll see how that goes. In the worst case, it may make sense to borrow a small sum from friends to finish it up, as it should be much easier from the second game on.