Let me don my thick-rimmed glasses, and say that you probably have never heard about Mexican Motor Mafia.

It’s likely, however, that you played one of those free-roaming trader games. Stuff like Elite, Pirates or Freelancer. Going around huge map, selling goods, fighting off pirates, doing various missions. Rings a bell? MMM is basically this, only set on highways somewhere down in Mexico. 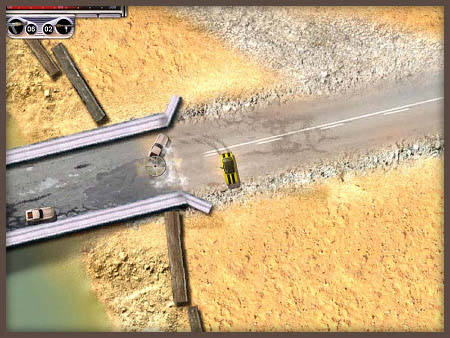 Story is what you could expect. A badass desperado killed you brother, you seek revenge. Additional ingredients include: muscle cars, explosions, fierce guitar soundtrack, and cool comic-book style cutscenes. If you ever saw a Robert Rodriguez movie, you should feel at home. 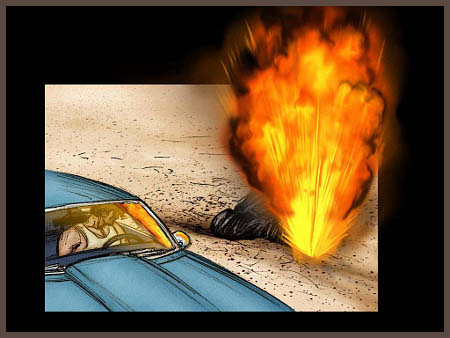 The gameplay is nothing new. You go around the nicely presented map, visit towns,  buy and sell goods and accept missions. All to raise money for better cars, an insurance from https://www.onesureinsurance.co.uk/van-insurance, weapons, and more goods to sell. More often than not, you activity leads you into a car battle with greedy desperados or you mission target. Battles are arcadey and done in top-down view. Like Micro Machines. Only with guns and banditos.

So what makes this game stand-out, except that it has about the most awesome title ever? If you are anything like me, most games in this genre probably go like this for you:

Mexican Motor Mafia is the same, except scratch points 1 and 4. It’s very accessible. There’s not much to learn, both in terms of controls and in-game systems. It gets you to the fun parts right away. The dexterity-based battles are pretty entertaining too.

It’s also goal-driven. Which is something I rarely see in this genre. Sure, you quickly learn how to earn enough money for the most powerful car and weapons currently available, but there’s always some overarching goal. Some nasty desperado to take revenge on, some gang of banditos to break. When you get bored, you can kill the boss and progress to another area, where the cycle begins anew. Damn, you can even actually finish this game! 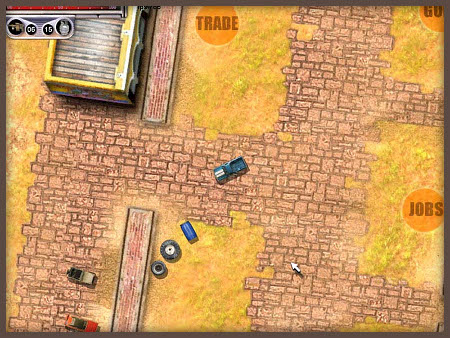 Look it up. It’s not really the best game in this genre, but it has tons of character and is simply fun. You can easily kill few boring evenings, taking revenge on the bastards who killed your brother. Full versions costs just few bucks, so that’s a plus too.

Requirements: will run on anything