Day and night at the lake

We have two more screenshots from Cinders for you. They show a mysterious lake deep in the forest. A tranquil and magical place, where Cinders often goes to relax and think. 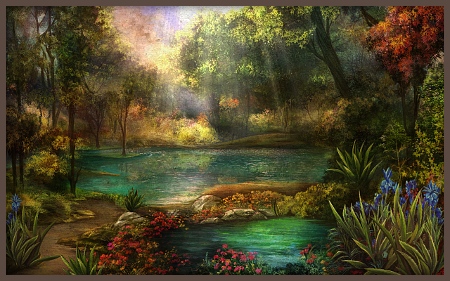 Lake during the day… 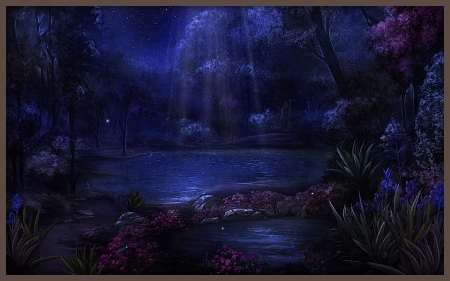 …and late into the night.

We have day and night versions of most of the in-game locations. We try to give them different moods and decorate them with varying special effects, so that they don’t feel like simple re-colored copies.

We also want to get away from the usual Visual Novel habit of using static art for the backgrounds. We utilize many animations, special effects, particles and ambient sounds, to make the locations seem lively and more like actual places than just backdrops.

In the case of the Lake, we added animated reflections on the water and vivid sunrays coming from the sky. Plants and flowers are being moved gently by the wind, and fireflies dance in the air in the night version.

The goal is to make the players feel like they are really within a fairytale.