Humble just launched their GameMaker Bundle, which includes GameMaker Studio and a bunch of games made in the software, including our very own Solstice! 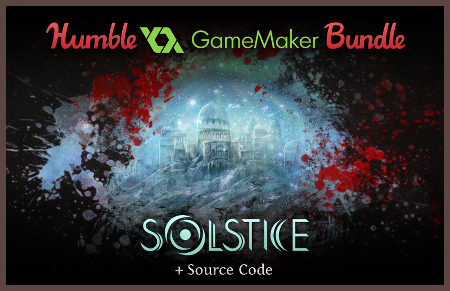 The total value of all the stuff in the bundle is $1885 (GameMaker is normally rather pricey), so at pay-what-you-want, it’s a pretty crazy deal.

But there’s something even more awesome about it: source codes for all the games are also included. If you ever wanted to get into indie dev and learn how games like Solstice are being made (spoiler: sloppily), this is some seriously great opportunity.

In our case, we even allow for use of our code in your projects. Because sharing is caring, yo!

The bundle ends on September 21st.