The Solstice pre-release is ON!

As soon as Solstice development creeped into November, we realized we’ll have to wait for the holidays to end before even considering a public release. But we also wanted to give pre-order owners something to play during those long winter nights.

And tonight is the longest night of all – the winter solstice! 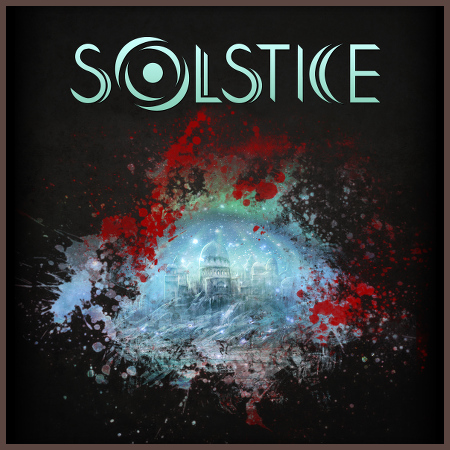 Which is another way of saying Solstice is out for all pre-order owners!

Check your inboxes! Also, as promised, we’ve upgraded all your purchases to Digital Collector’s Edition!

This has been a long and harrowing project. Probably the most difficult in our careers. But it may as well resulted in our best game to date, filling us with an equal measure of anxiety and excitement, to finally be able to show it to a larger audience. We really hope you’ll like it!

Just please note that, while we and our play testers put a lot of effort into making sure everything works fine, this is the first semi-public release. If you encounter any problems, just drop me a line at tom@moacube.com. Same if for some reason you haven’t received your copy.

Have fun, guys! And Happy Holidays!

With the Solstice launch so close, we’re ready to announce the contents of our Collector’s Edition. Because, yes, it’s going to be a thing! 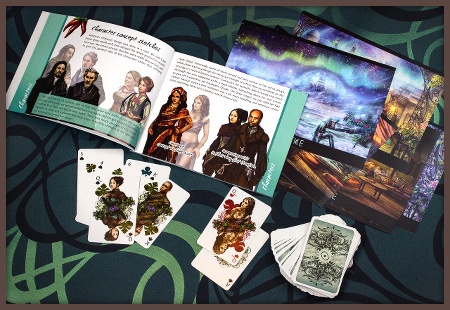 The cards and the art book we’re particularly proud of. They really came out great and the print quality is really top notch!

We also have a little surprise for all pre-order owners. We know it’s been a long wait and we fully expected you to come to our door one day, pitchforks and torches in hands. But instead you’ve shown us incredible amounts of patience and support. As a token of our gratitude, we’re going to treat all pre-orders as if they were Digital Collector’s Edition purchases.

And when do you get to play the game? No date seems more fitting than the actual winter solstice at December 22nd. With public release to follow somewhere after the holiday craze is over (more news on that soon). 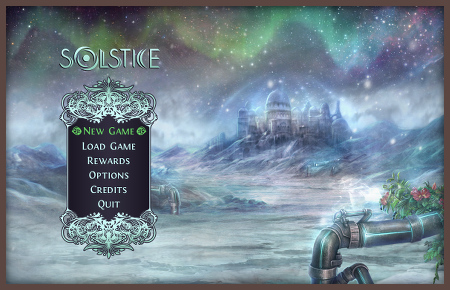 Hold on to your seats, guys! We’ve finally finished Solstice and are ready to start that one last round of play testing! It honestly feels quite… unreal. 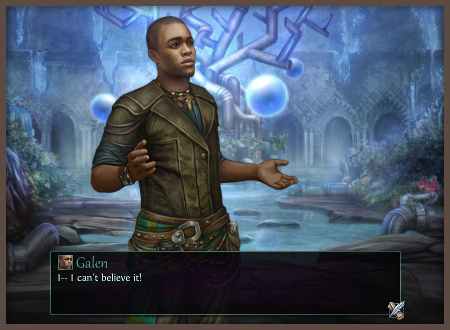 If you volunteered to be one of the testers, you should get an email with download links and some instructions soon. And yes, we’re still looking for more help, so drop me a line if you pre-ordered the game and would like to give it a spin.

As for the launch date, we frankly walked ourselves into a corner of end-of-the-year major sales and releases, and we’re not sure what to do about it yet. One thing is certain, however: pre-order owners will get their copy as soon as possible, regardless of our final decision on this. We may also have another nice surprise coming for you along the way, so watch this space!

So hey! That Solstice! It’s almost out. Some crazy three years this was, eh?

We can hardly believe it ourselves! It’s been three years! Three. Years. 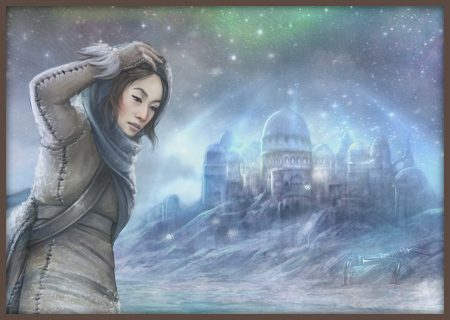 So what exactly does “content complete” mean? Basically, it’s a stage where the entire game is done and can be played from start to finish, even if it’s still going to be a somewhat bumpy ride.

As we have a habit of doing playtesting runs as we go, and started working with an amazing editor during this project, that “bumpiness” is limited to the final two chapters. Still, it’s there and has to be ironed out before the release.

Here’s the roadmap for now:

For the closed playtesting, we’ll be once again enlisting your help! If you want to take a part, please drop me an email at tom@moacube.com Especially if you tested Solstice during the earlier stages!

That’s it for now! Thanks again for your patience and continued support, guys!

And while we were busy with Solstice, Kate finished re-doing Bonfire‘s artwork. All of it!

So yes, the game is very much alive despite the lack of public updates. We realized we’ve made a mistake by focusing on small incremental improvements, while much more drastic changes are necessary to finally leave the alpha stage and reach anyone outside of the few dedicated playtesters.

As we chipped at the sheer amount of Solstice’s content, Kate patiently experimented with different art styles and re-drew the entire game sprite by sprite, preparing it for the new design direction we have in mind.

When I’m more free to work on it (that is: once our monster-of-a-VN is out), we plan to release a new public demo, to see if the changes we’ve planned are on the right track. Expect more news on what’s going to be different as we go, but we can already tell you we’re very excited about how it’s shaping up!

On stretches, counting, and kick-ass editors

And yes, I know we kinda are since 3000 BC, when we started doing Solstice pre-orders. But this time for reals, and I’m counting down remaining scenes (21 at the moment of writing this) on my twitter.

Once it’s done, I have some effect and features coding left to do, and then we can move to final playtesting and editing. If it goes well, I’d say early Summer release is pretty likely (would be awesome to launch on actual monthly gift box subscriptions!). 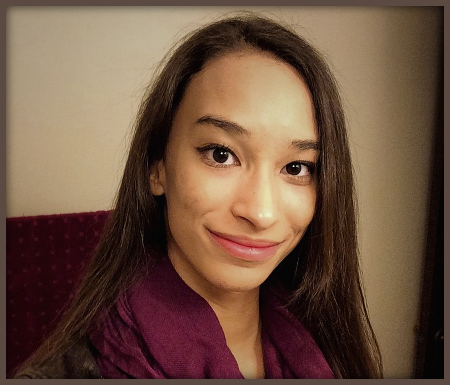 She already went through half of the game’s script and what can we say — it’s all so much better now! We know Cinders was a little rough around the edges language-wise when it first launched. Solstice should be way more polished from the get go thanks to her invaluable help.

Cara also works on her own successfully kickstarted visual novel Asagao Academy. It involves dating competitive gamers and a pink-haired protagonist’s journey through romance and friendship. Check it out!

It’s this time of the year again, and boy what a crazy year it was! 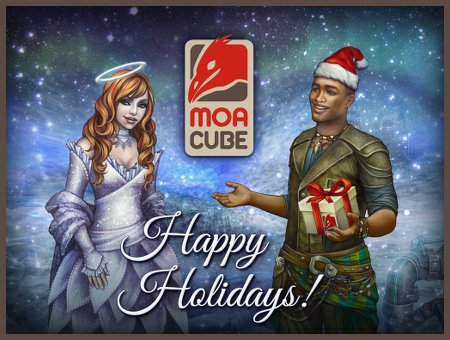 Solstice is still in development. The delay nearly killed our young studio!

But then Cinders landed on Steam thanks to your insane support on Greenlight! But then it did worse than expected on launch. But then not that bad in the long run. And then we were in the Humble Weekly! And then the playtests happen and prove that wait on Solstice was worth it! And then it’s like: Woah, 2014 is already over!

And during this crazy roller coaster ride, you guys have been there for us with your incredible patience, support, and words of encouragement! So please, allow me to thank you on behalf of the entire MoaCube team. We wish you the happiest and warmest Holidays ever!

Just like the last year, we’re also running a special sale on Solstice pre-orders and Cinders. Both are 40% off till January 7!

Steam keys are included (in case of Solstice, obviously only once it’s out on the service) and the purchase can be made as a gift for a friend.

(The promotion is now over. Thanks!)

Buy for Windows + Mac + Steam | More info »
Cinders is a mature retelling of Cinderella, ditching the passive protagonist and banal morals of the original story in sake of a more serious approach.

Independent scientific study proved Cinder to be the raddest gift this holiday season!

Pre-order for Windows | Pre-order for Mac | More info »
Solstice is a mystery thriller about small personal disasters that can turn into great catastrophes. And a clear conscience that is as rare as pure snow.

The game is in pre-orders. Purchasers receive a lengthy preview build.

Happy Holidays, folks! Here’s hoping 2015 will be less of a bumpy ride!

The new Solstice preview build is now available to all pre-order owners!

By pre-ordering it now, you:

If you bought the game earlier, you can simply re-download it from the same purchase email (contact me if you lost it).

This new preview build contains the same portion of the game as the last one (first two chapters), but is much more polished and includes most of the improvements you guys requested. As always, if you encounter any problems or would like to share your thoughts after playing, we have a forum board dedicated to that.

We’re also still looking for closed testers, if you’d like to see more of the game and help us with your feedback. Just drop me an email and I’ll send you the extended preview version.

Have fun and thanks again for your patience and support!

If you’ve been following my twitter, you probably know that our internal testing & improvements run took way longer than expected, due to a decision to rework a significant portion of the story. Because dumb perfectionism.

But we’re finally done and nearly ready to start some proper playtesting! 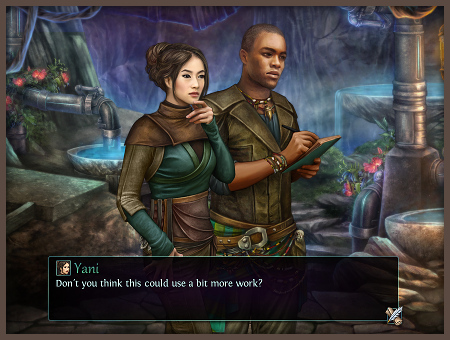 To cover as much of the text base as possible, and get a good general vibe of what people think of Solstice, we’re breaking it all into three tiers:

When contacting us with feedback or to volunteer for closed tests, please include something like “Solstice testing” or “Solstice editing” in the email’s subject. Makes it so much easier to sort.

The plan is to start next week, but we’ve received a lot of emails during our last call for testers and we’ll likely contact all these fine folk a bit earlier. If we talked before and somehow I forget you now, please don’t hesitate to ping me.