It’s a pretty large patch focused on balance adjustments after Blood Bonds introduced a new hero and game mechanics, causing some power creep. It makes late-game more varied and tactically interesting, but it also includes several smaller additions and tweaks to make the game easier to grasp for new players.

The full list of changes (along with some dev notes) is pretty extensive and can be found on Steam. Hope you like it!

The first major content patch for Bonfire is out! 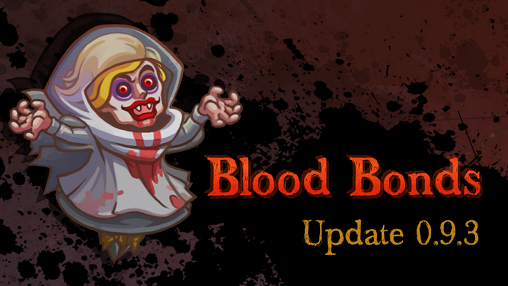 Blood Bonds introduces a new playable hero, additional character customisation mechanics based on relationships, as well as a significant amount of other tweaks and fixes!

Full patch notes are available on the Steam page.

Cinders out on Xbox, PS4 and Switch!

Cinders just went live on Xbox and PS4, which means it’s now available on all the “big” home consoles for all your fairytale trope-breaking needs!

The PC version launched in 2012, and if someone back then told me that in 8 years we’ll be still working on it and I’ll get to see it on my Switch or PS4 dashboard, I’d be like Pshhhh!

Cinders is coming to home consoles!

Hitting the desk in frustration until things start working (a.k.a. the porting & certification process) is finally over and Cinders is coming to the “big” consoles later this month! 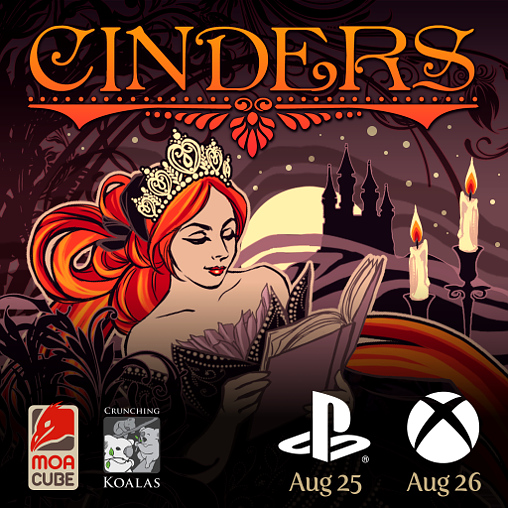 After nine years (yes, nine!) from the first game jam prototype to the current version, Bonfire is out and available for purchase on Steam!

Of course all owners of the earlier versions are eligible to a free Steam key, so please check your inboxes. If you didn’t get one, just send an email to tom@moacube.com.

It’s been a long road, but also the most fun I’ve had developing a game since Magi thirteen years ago. Bonfire went through so many iterations, became very personal along the way, and I’m really proud of it. I hope you’re going to love it too and — as always — thank you for your continued patience and support. Have fun!

Bonfire is a bite-sized tactical RPG about journey and failure.

Bonfire is a procedurally generated, deeply tactical RPG with a rapid turn-based battle system and heroes who care a little too much. A game of plans that go sideways, crazy builds that somehow work, quick gameplay sessions, and a delightfully gloomy story that binds it all together.

Bonfire is all about complex strategy emerging from simple rules. The rapid turn-based battle system drops menu navigation in favor of contextual abilities and tactical item use. Each click is a move, each move is significant, and each encounter is a puzzle to solve.

The gloomy world of Bonfire is procedurally generated. You’ll travel to really depressing-sounding places, expand your arsenal of tactical options, meet a cast of rather odd survivors, and struggle to survive yourself. The game is designed for endless play, but its story actually goes somewhere. And yes — there’s even an ending.

Making your own builds and party comps is where it’s at! Bonfire classes are designed around subtle synergies to work in any possible combination. As your pool of available heroes, abilities and items increases, you’ll be able to experiment with more and more interesting setups that don’t fall under common RPG archetypes.

Bonfire is difficult. The challenge, however, doesn’t come from spiteful RNG coin tosses. While you often have to make the best of a situation, success depends on your setup and tactical flexibility. Each decision is final, and each mistake may be fatal, but runs are bite-sized enough to allow for quick adjustments.

This honestly should be at the top of this list…

Yes. Finally! The gloomiest of tactical roguelikes is about to hit Steam! Feel free to add it to your wishlist and check the lengthy free demo that’s available right now!

Bonfire is a tactical roguelite about journey, failure, and heroes who care a little too much.

Bonfire is a procedurally generated, deeply tactical RPG with a rapid battle system and heroes who care a little too much. A game of plans that go sideways, crazy builds that somehow work, quick gameplay sessions, and a cute-sad story that binds it all together.

Bonfire Demo is now out on Steam!

After literal eons since the last public build, a free preview version of Bonfire launches on Steam and we’re absolutely-not-anxious about finally being able to show you what we’ve been working on these past few years!

The demo is pretty sizeable, amounting to nearly 10% of the game’s current content. It’s also worth adding that save files are compatible with the upcoming release version, so you’ll be able to pick up right where you left off once it launches later this year.

Have fun! And if you’ve got any feedback, feel free to drop by the game’s community board on Steam.

You can now wishlist Bonfire on Steam!

Bonfire, our cute-sad tactical roguelite about journey, failure, and heroes who care a little too much, finally has a Steam store page! Feel free to wishlist it – it really helps with the algos!

Looking back at its history, it’s hard to believe we’re nearing the end of this journey! It started as a silly game jam proof of concept and went through being a hobby project during Solstice development, to a publicly available alpha, to a completely-reworked and fully fledged tactical RPG. It’s the longest any of our games have been in development and along the way it became quite personal.

Bonfire is nearly complete at this point and is heading for Steam Early Access in the near future. Of course we’re going to hand out free Steam keys to all previous alpha owners. We’ll also try to make the game playable for them before the official launch.

Our little fractured fairy tale is now playable on that cool new console that clickety-clicks. We have some feelings about this. Warm, fuzzy feelings.

Check it out on Nintendo eShop and Happy Valentine’s Day! <3

Cinders is coming to Switch on V-day! 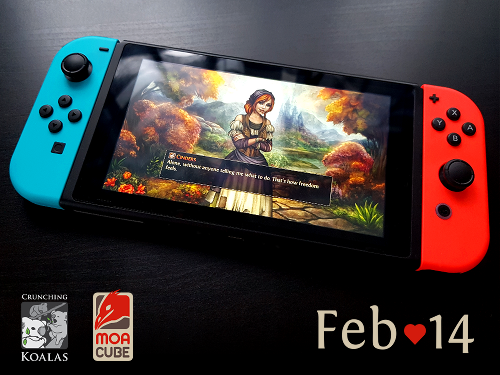 As promised, Cinders is coming to devices. The coolest one first!

We’re teaming up with Crunching Koalas for this one and are  pretty cool with launching on a console by a company that shaped our childhood. No big deal.

The game comes out on Valentine’s Day and that’s great — Cinders is a perfect date. Unless she ditches you for the belt-positive Captain of the Guard. ‘Cause, you know, choices.