So hey! The much rumored Steam overhaul is here, promising to bring all the changes you’ve ever been hoping for!

It’s still too soon to judge how (and even if) it’s going to affect things in the long run, but I thought I’d share my early impressions, based on my own experience and conversations with other indie devs. 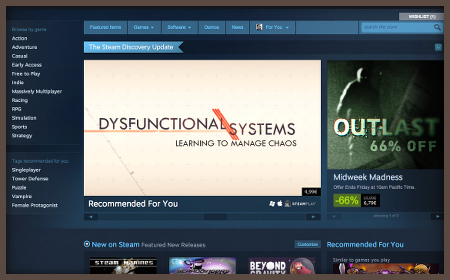 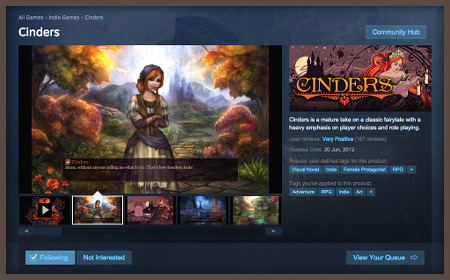 Overall, despite my general Steam-skepticism, I’m pretty optimistic towards the new storefront. Early signs are promising: most of the shovelware should get buried fast, hits will remain hits, and underdog fan-favorites are given a second chance. It’s all good and I don’t see any immediate drawbacks or risks.

I’ll try to post another short article after around a month of using the new system, to see how it fares in the longer run. Meanwhile, you can follow me on twitter as I’m probably not gonna shut up about it for quite a while. 😉